The Power of Habits in Achieving Your Dreams! 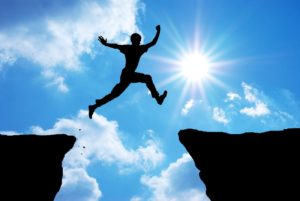 Just a matter of habit

Those small acts, carried out regularly, are called habits. And they can be both the making or the breaking of you.  Think about this for a second: if it is your habit to put a small amount of money away every month, over time – through accumulation and interest – that small amount will become a large amount. It is inevitable. On the downside, if it is your habit to light up a bunch of cigarettes every day, no single one of those cigarettes will cause your health to fail, but collectively, over time, they will have a dramatic effect. Habits have a cumulative effect. They may not have a measurable or even a noticeable impact on their own, but collectively their impact can be huge.

The difference between middle-table mediocrity and massive success can be a tiny amount of effort. Taking five minutes per day to make one extra call means that you make an extra five calls per week which could lead to an extra sale per week. That extra sale per week can lead to referrals and repeat business which combined can cause your earnings and your status within your sales team to snowball. It may cost no more than 300 seconds of your time, once every morning, to become your company’s top performer. One small act, performed as a habit, can lead to massive gains.

How to make habits

You first have to give them some sort of significance. It is far easier to stick to a diet when you have a holiday in Mauritius coming up. It is far easier to save money when you know you’re facing a tax bill in a few months’ time. Try equating prospecting to feeding your children where no prospecting means no food on the table. Or give yourself a goal; a shiny new Mercedes for example. If you don’t send your proposals every Thursday morning you won’t make those sales and you’ll never get that car. Attaching significance to the behaviour (or lack of it) makes it easier to get into a habit and in a short space of time, you’ll begin to get into a rhythm. Just don’t forget that habits are easier to break than they are to make, so don’t go taking them for granted.

When setting a habit in pursuit of a greater goal (such as becoming wealthy enough to retire early or getting into great physical shape) you have to remember that you are unlikely to see immediate results. And in some cases, the results you are aiming for will be very slow to arrive. This is where positive self-motivation and the application of good old fashioned common sense are important. If you burn 200 calories per day more than you consume, you will lose weight. If you save money every month, a pile will begin to accumulate. And if you spend a few minutes longer prospecting every day, without fail, your sales results will ultimately bear the fruits of that action. It will happen. It is inevitable. You just have to stick with it.

Since it is so easy to break a good habit or to fall into a bad one (these two things are not the same by the way – failing to prospect an extra five minutes per day is breaking a good habit whereas failing to prospect at all is falling into a bad one), it is important to remain focused. There are loads of ways to do this, but visual references are easy and useful. Let’s say that your commission on the sale of a product is worth R200 to you and that the Mercedes of your dreams is R300,000. To get that car, you need to sell 1500 extra products. If your average is one sale per ten calls and an average order is for ten products, you know you need to make an extra 1500 calls to get the car. Assuming an average of 240 work days per year and you are looking at around six extra calls per day. Put that up on your wall with a picture of the car and tick off your six calls every day. By the time you are done, you should have the car. It is about as simple as that.