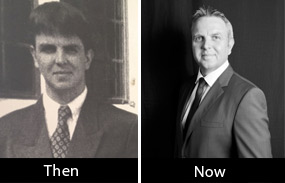 I don’t even remember the last time I took a laptop into a sales meeting, but it has been years and years. There was a time when I would roll out a presentation as soon as I sat in front of a prospect, but once I realized that nobody … not one person … really cared about what my presentation said, I stopped doing it and started asking questions. My sales improved the moment I began to leave my laptop in my boot.

Price isn’t the issue
As soon as I could get this out of my head, it stopped being the thing that I competed on. That doesn’t mean I don’t face a price conversation now and then, but to be honest, I don’t try to win those sorts of sales anyway because the focus is already wrong. Early in my career however, I worried so much about price that I was the one who seemed to make it the major issue. It was dumb and I lost sales because of it. By focusing on value, I just don’t feel like I need to compete on price at all these days.

You’re not necessarily better than your competitors
We like to think of ourselves as the best in town and it’s important that we are able to feel that way because otherwise we can’t sell with conviction. But it’s a danger to think that just because a prospect is looking to replace one of our competitors, it’s because that competitor is bad. If you know your competitors at all, you probably know they’re pretty good at what they do, and if your prospect – who is already their customer – thinks they can’t do the job, you ought to ask why that is? What’s so hard about working with that prospect that your highly-impressive competitor failed to please them? Will it be any easier for you? What are the areas that they want to ensure are improved and can you deliver that?

Just because you lose the sale, don’t scrap the opportunity.
When I was younger, losing was a personal thing but I resolved never to mope. What I did was worse however. I picked myself up and moved along, looking for the next opportunity, but failing completely to stay in touch with the one that I had lost. Time and again, when I called back a year later to see if things had changed, I began to realize that those prospects had often bought again, sometimes several times, during the year that had passed … and I had completely missed out on the lot. Once I realized that just because they made a decision doesn’t mean they made the one that will make them happy, I decided to stay in touch even after they chose my competitor. That decision has helped me win, many times over.

Never stop prospecting
I used to be very pleased with myself when I had a couple of big fish on the line because it showed that I could play in the big league. And I was even guilty of “ringing the bell” and celebrating the sales long before it ever came in. The problem was that because I didn’t do enough prospecting, so sure that those big  deals would pay off, I always came short when they fell away. By not having a pipeline, I kept killing my own future. Now I prospect all the time.