Up your face-to-face time! 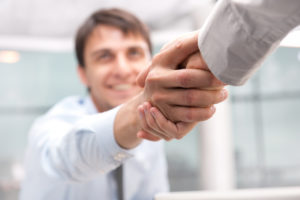 Recognise how powerful it is

There are many reasons why you ought to choose to get up from behind your desk and go for a walk around the sales floor. Email may seem efficient and you can even make the occasional phone call to your salespeople. For that matter, you can ask your salespeople to come in and see you from time-to-time. But if you want to really be in touch and to demonstrate the best of your leadership, going to them can achieve several unique and important things:

If you’re out and about, you get instant feedback on what is happening as it happens rather than hearing about it later. Nothing prevents molehills from becoming mountains better than handling things quickly. Perhaps there isn’t enough activity. Perhaps the sales pitches you’re hearing are off point. Perhaps there’s an air of negativity which left untended will destroy the power of your otherwise effective team. It’s the reason why the greatest generals in military history have walked among their troops on the eve of a crucial battle. Some things are too important to delegate.

2. You find out what is on their minds

People won’t always tell you what they’re thinking and your office is often the worst place to expect them to do so. In their own space however, and especially once they’re used to you popping by, you create an environment where they can be more open. Morale can be affected by even the dullest worrying rumours, but that information often will never make it to your door. You want to know what they’re thinking? Go and spend time with them.

3. You remind people of who they’re being led by, and why

Ivory towers aren’t physical monuments and they’re not created by the people that sit in them. They’re created by the people looking up at them with a sense of intimidation. You’re the leader and you’re the one they must follow, but it’s good press to remind them why now and then. The human touch is everything. It’s possible to follow an often-absent leader, but it’s much easier to follow a human being, known to them by more than just your reputation.

Don’t schedule it. Just do it every day

If they know you’re coming, they won’t be natural when you turn up. People have a habit of getting busy when the boss is in sight. It’s inevitable that will happen when you arrive anyway, but it’s a dead certainty that you’ll never see the real picture if they know to expect you at 10h00 every day. On the other hand, you don’t want to leave this important walkabout undone on any given day if you want to remain involved and informed.

Turning up with a delegation or even with another person, turns down the power of your accessibility. One-on-one, people will open up far more than they ever would if they feel outnumbered or if they only have a unique level of trust with you, personally. The same goes in reverse. If you pull two or three of your salespeople together for a chat, you’ll have a very different exchange of ideas than you will if you speak to individuals. People may venture an idea they’re unsure about one-on-one, but they’re far more likely to withhold it if they feel they risk embarrassment in front of a group.

You want to avoid politics on the sales floor at all costs, and nothing will undo that quicker than singling out one or two people for special attention. Over the course of a set period of time, everyone should have had equal time with you and the same opportunity to share their ideas, express their concerns and to ask advice. It’s too easy to fall into the trap of spreading the love more thickly over your star performers, but in doing so, you may create precisely the disharmony you probably most fervently wish to avoid.

As important as it is to spend time with a few individuals every day, don’t forget that is time they’re not able to spend on the phone. If you’re doing this regularly, you’ll have the chance to spend a lot of time with them over a period of weeks or months. Grabbing 30 minutes out of someone’s day however really can disrupt the flow of their selling. Have a plan.

Just as you get to ask them some questions to get feedback, make it clear that they can too. Their questions will often be more revealing than the answers they give to yours. Treat this as seriously as anything you do and provide them with full answers, even if you have to go back to them the next day with a response. If you take them seriously you have the right to expect them to take you seriously as well. And it’s much healthier when they feel information-sharing is a two-way street.

Don’t treat it as a disciplinary session. Make a note of bad behavior or problem areas and deal with it elsewhere and at another time. Your face-to-face activities give you the opportunity to gather facts on a regular basis. What you do with those afterwards is a matter of your own process, but if people feel they’re going to be judged on the spot, they’ll be much more inclined to avoid any meaningful conversation with you.